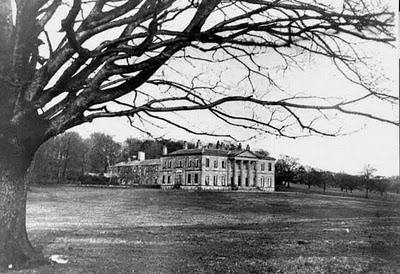 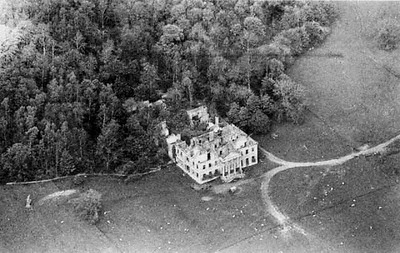 Of all the grand houses in Blackburn's affluent west end, Woodfold Hall probably ranks as the grandest. Built in 1798 for cotton magnate Henry Sudell, it soon after became the home (in 1827) of John Fowden Hindle, High Sheriff of the County, before eventually becoming the property of the Thwaites family, in 1849.
Set in 400 acres of land, surrounded by a 9 feet high wall, which was 4 miles long, Woodfold Hall was a magnificent place, as you can see from the above photos.
The top photo was taken sometime between the First and Second World Wars and the lower, aerial shot, sometime in the 1950's or 1960's, when the hall had fallen into disrepair.
Woodfold was for many years home to Elma Yerburgh, daughter of Daniel Thwaites. Elma had taken control of the brewery's affairs, when Daniel died in 1888. She was on her honeymoon tour when she received the news of her fathers death and was aged just 24 when she became proprietor of the Thwaites empire.
Elma saw the brewery through the latter part of the 19th century, the dark days of WW1, the depression of the 1920's & 1930's and through WW2.  She died, aged 82 in 1946.
The contents of Woodfold were auctioned off in 1949 and the roof was taken off the the hall soon after (it was a way of avoiding paying the rates and certain taxes). Derelict, it then deteriorated for the following five decades.
I can remember going onto the estate and into the ruined hall, with my mates when I was 11 or 12 years old (1970) and being ushered off by the warden, gamekeeper or whatever he was, as he politely told us we were trespassing on Lord Alvingham's (Elma's son Robert) land.
In recent years, the shell of the hall has been completely refurbished and the hall has been turned into luxury apartments (see photo below) and from the outside, looks pretty much as it did in its prime. A 2 bed apartment, will cost you just over 500k. There's one for sale at the moment, if you're interested. 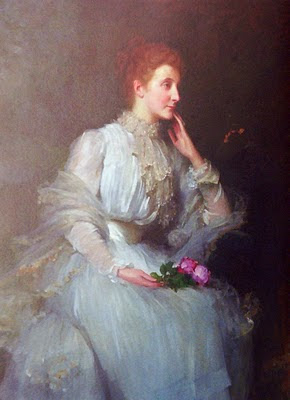 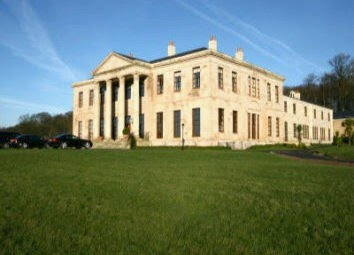 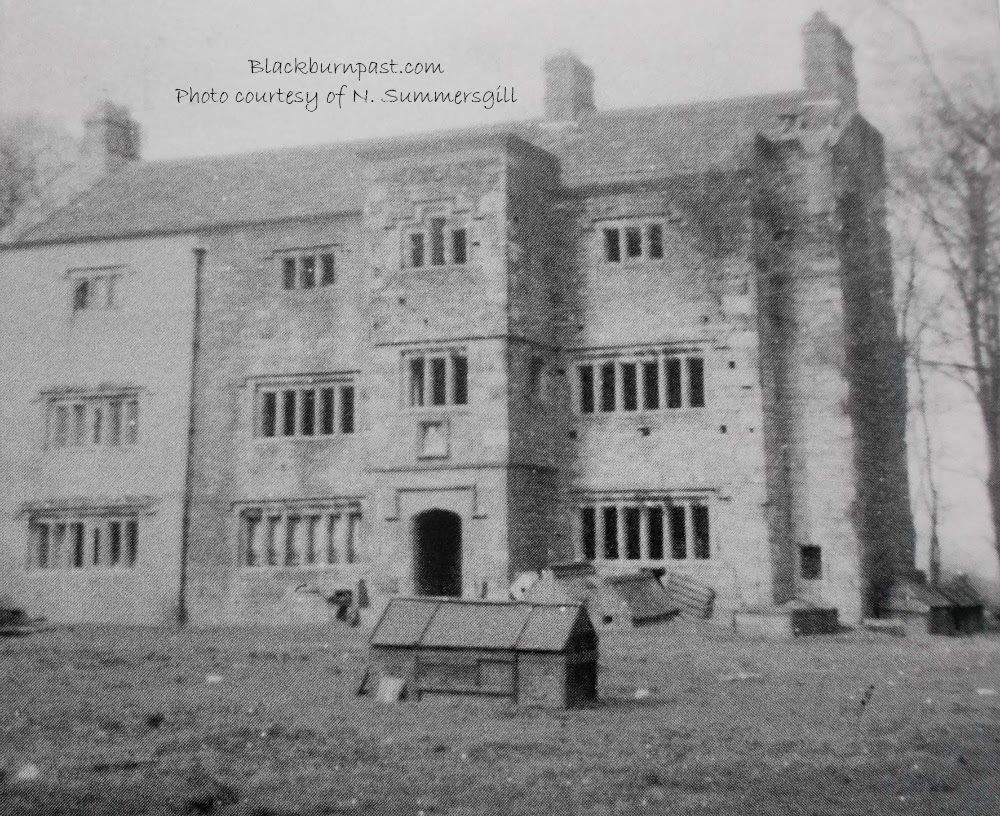 Stanley House
(Someone on this thread mentioned Stanley House a while back and I said I would upload a photo. So here it is)
BLACK & WHITE PHOTOS COURTESY OF THE LET, COTTONTOWN AND THE COMMUNITY STUDIES DEPT. BLACKBURN LIBRARY.
PORTRAIT OF ELMA YERBURGH, BY KIND PERMISSION AND COURTESY OF THE THWAITES ARCHIVE.
COLOUR PHOTO, UNKNOWN, IT'S OFF THE ESTATE AGENTS SITE.
STANLEY HOUSE PHOTO COURTESY OF NEIL SUMMERSGILL.
INFORMATION COURTESY OF MATTHEW COLE, GORDON HARTLEY, JEHANNE WAKE & CP
Posted by Blackburnlad at Saturday, January 30, 2010