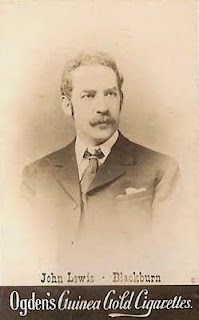 No look back at old Blackburn could be complete without a mention of the Rovers. This is a photo from a vintage cigarette card. The man is John Lewis, who along with Arthur Constantine, called a meeting at the St Leger Hotel (King William Street), way back in 1875, with a view to forming a football club. And the rest, as they say, is history. 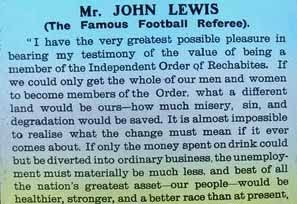 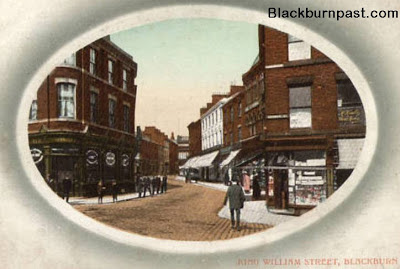 The old postcard above, is the only image I have that shows the St Leger Hotel, which would have stood on the corner of King William St and Lord St. Sadly, it's not the pub to the left, that's the Prince of Wales on the corner of Higher Church St, it's the indistinct building in the distance, sort of over the heads of the group of gents. If anyone has a close up / better image of the St Leger, I would love to see it.
The top photo (click photo to enlarge it) is a stoneware porter bottle from the same hotel, it dates to approximately the same period. The impressed writing reads - Eastwoods St Leger Hotel Blackburn 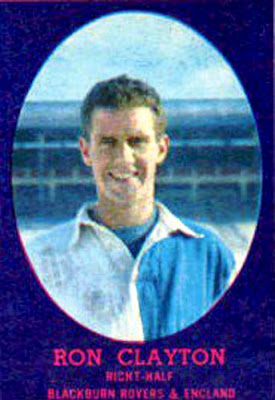 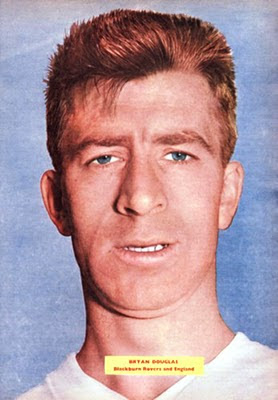 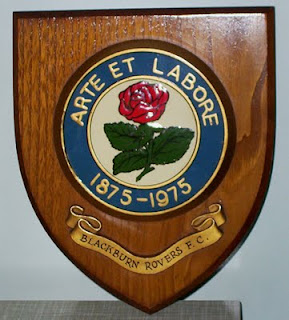 This plaque, along with other similar merchandise, was issued in 1975, to commemorate the Rover's centenary as a football club.
COURTESY OF THE CP COLLECTION

Posted by Blackburnlad at Wednesday, November 18, 2009