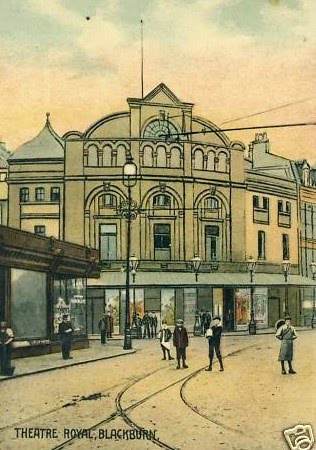 Here is a picture postcard of the original Theatre Royal, which occupied the same spot on Ainsworth Street, that the later theatre occupied. The latter Theatre Royal, built in the late 19th Century, eventually became a ''picture house'' and was then known as the Cinema Royal.
COURTESY OF THE CP COLLECTION
Posted by Blackburnlad at Monday, November 16, 2009