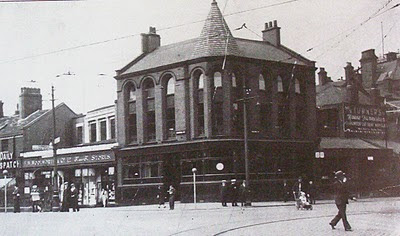 The above building was the offices of the Blackburn Corporation Tramways Department. It stood on the corner of Church Street & Holme Street, until they relocated to new premises on Railway Rd.
This photo dates from the 1930's and the building was demolished soon after, so that Woolworth's who had opened next door (on the left) in 1926, could extend their store, which they did in 1938. Woolworth's extended their store yet again, twenty years later, in 1958, when the Golden Lion Vaults and other buildings to the rear of this view, were also demolished.
The chap on the right in the hat, was heading to the Bay Horse for a swift half.
(click on the above photo and it enlarges to full screen size)
Below are a couple of trams waiting on the Boulevard and below that, a tram on Accrington Road, close to the Old Toll Bar. 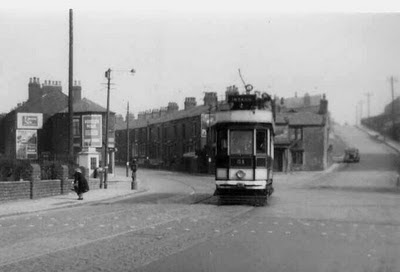 Posted by Blackburnlad at Wednesday, January 13, 2010