The twelve photographs below are of the 1951 Blackburn Carnival Parade/Procession.
1951 was a significant year in the history of the town, as it was the centenary year of the Incorporation of the Borough. It had been a century that had witnessed huge industrial and social growth, a severe economic depression and two world wars. Both wars would have been quite a recent memory for many of the people pictured, food rationing was still very much in force and would last for a further three years, only ending in 1954.
These images were kindly sent to me by John Cox, whose father Hartley Cox (a keen photographer) captured the scene. The pictures were all taken in the same location, as the floats passed along Whalley Banks.
At the time Hartley was working at Quysners Butchers, which was just over the road from the Pump House pub (visible in some of the photos), so it was an area he knew well. The pub in these photos is not the one that has recently been demolished (Jan 2011), but is the pub that occupied the same corner until the mid 1950's.
These photographs are 60 years old this year and as this is my 200th post, I wanted it to be something a bit special. I'm sure many will agree, they are an interesting series of images. 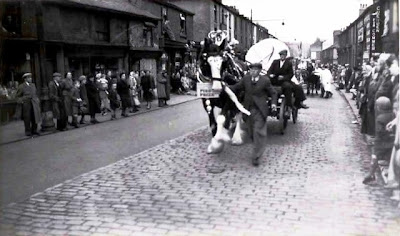 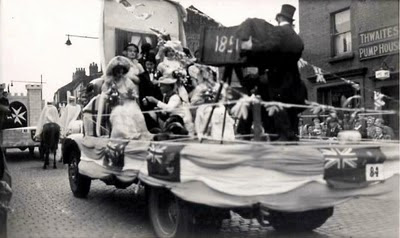 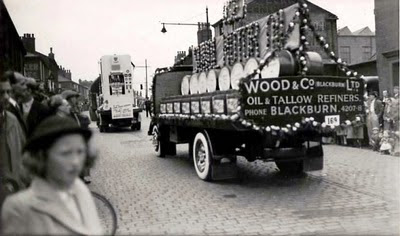 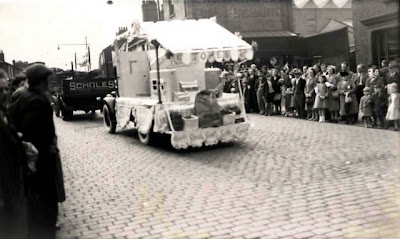 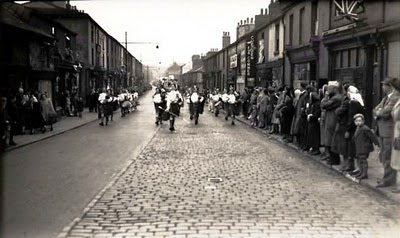 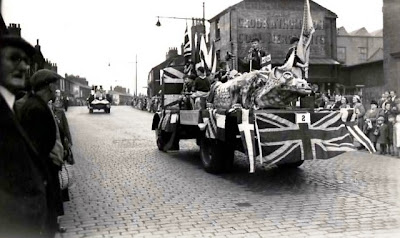 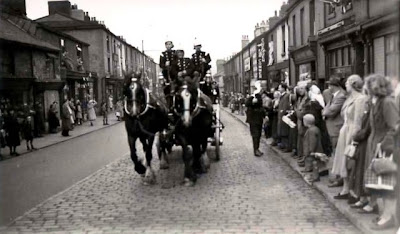 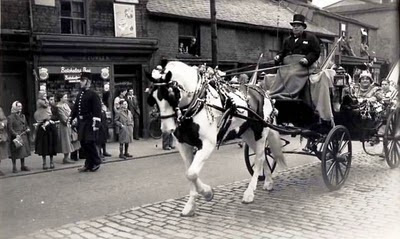 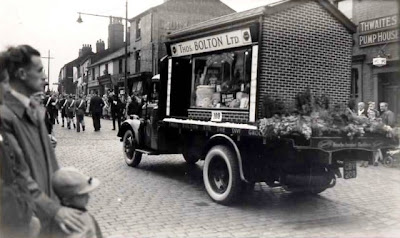 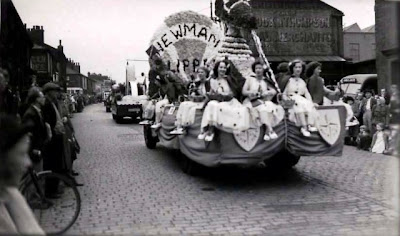 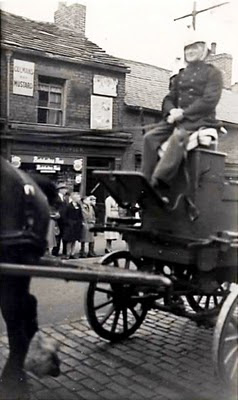 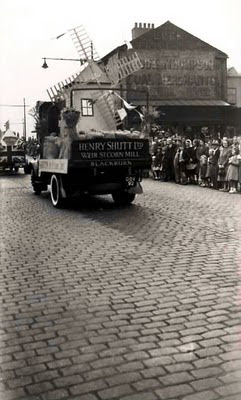 PHOTOGRAPHS BY THE LATE HARTLEY COX AND USED HERE, COURTESY OF HIS SON, JOHN COX
Posted by Blackburnlad at Friday, February 04, 2011