Is this Corporation Park ? 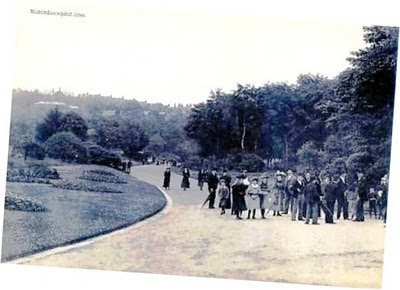 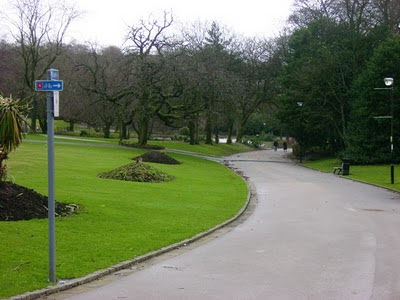 When I was sent the above (old) photo about 6 months ago, I was told it was Corporation Park c1895. Well I've studied it, but I'm not totally convinced it is. The only parts of the park I think it could possibly be, are either just inside the West Park gate (so the conservatory would be to the left, the gate to the right and the lodge directly behind the photographer), but then the properties in the background don't seem to look like East Park Road. Or alternatively it could possibly be just inside the East Park gate (in which case the gate would sort of be to the left of the curved lawn area and to the right would be the pathway up towards the Broad Walk), but from there, I don't think you can see any properties in the distance, except maybe some of the QEGS buildings on West Park Road.
Anyone else got any thoughts or can you confirm it is Corporation Park (perhaps neither of the two locations I mention, but another part of the park)?
Below I have reversed the image, just in case the one above was developed the wrong way around.
UPDATE 8th Jan 2011 -  John Stone has kindly supplied 2 images taken this week. Both of his photos are from the West Park Lodge. You can quite clearly see the similarity above, but as John says in his e-mail to me, you can't see the lake in the older image. Below, I have reversed John's second picture to compare it with the reversed old image (but please bear in mind, John's photo is definitely from the West Park Lodge, that we do know). Personally, I think he should go back up there with a large group of people and take another shot, perhaps a yard or two further back than he was;-) 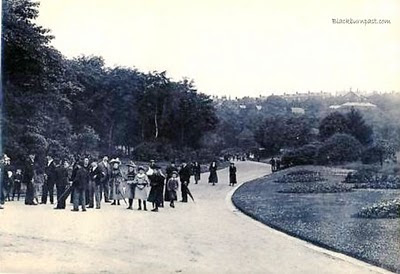 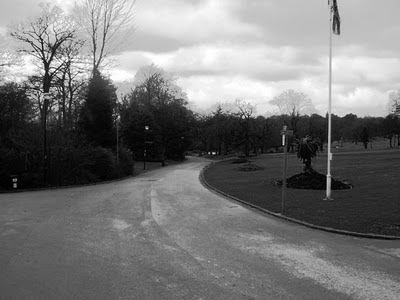 Posted by Blackburnlad at Saturday, January 29, 2011