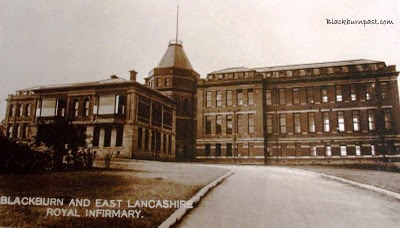 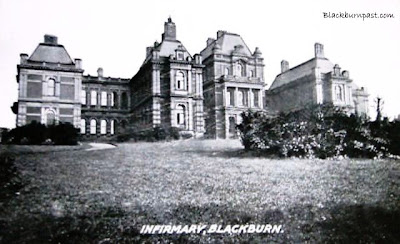 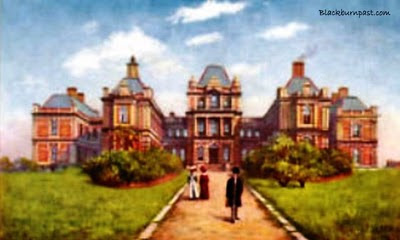 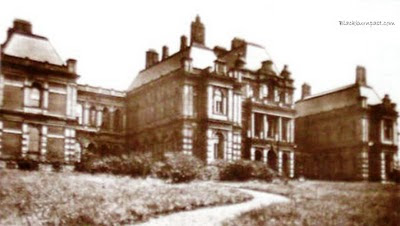 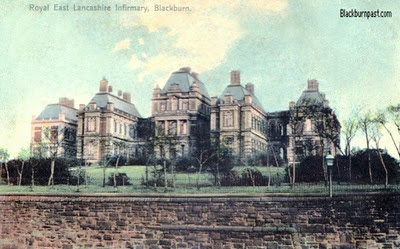 Five images of The Royal Infirmary or to give it the name it had when it first opened, The Blackburn and East Lancashire Royal Infirmary. The foundation stone was laid on May 24th 1858 and it was built on land at Hollin Bank, which was purchased from Joseph Feilden Esq for £3,200 (£1,600 of which he gave back).
The money for the actual building came from various sources. William Pilkington Esq gave £2,000, the Trustees of The Blackburn Dispensary (which was a forerunner of the infirmary) gave £4,300, Mrs Pilkington originated a bazaar (over some period of time, I assume) which raised £2,839 and the operative (working) classes of the district raised £1,547.
Extra wings, a Childrens Ward and a Nurses Home were added in later decades and a lot of that was paid for by the Harrison family.
When the Royal Blackburn Hospital on Haslingden Road was extended a few years ago, parts of the Infirmary were demolished and the rest was left to rot. All that remains now, is a crumbling, dilapidated portion of the above photos.
COURTESY OF THE CP COLLECTION
Posted by Blackburnlad at Monday, March 14, 2011