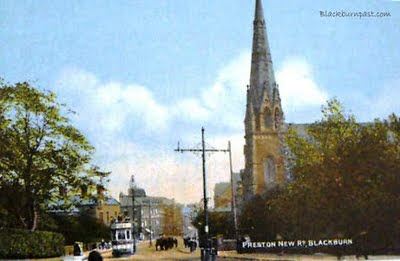 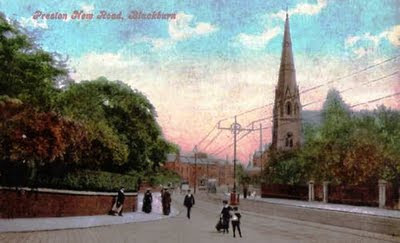 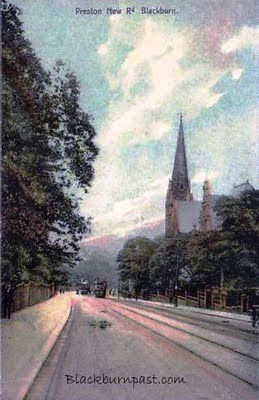 Three views of Preston New Road dating to around the same time, early in the 20th century. The two horizontal shots have been taken from approximately the same spot, at the foot of Shear Bank Road and the vertical image a little higher up, probably close to the Adelaide Terrace junction.
The church in the upper two images is St George's and the one in the bottom photo is the Trinity Wesleyan Chapel, on the corner of Montague Street.
The lower photo is probably earlier than the other two, possibly the late 1800's.
COURTESY OF THE CP COLLECTION