I rescued this panoramic photo when it was being thrown out back in the late 1990's. It is 34 inches long and 7 inches high. It was taken in front of the then Technical School (now the Victoria Centre).
As you can see, to the left of the image, the statue of Gladstone was already in place. He was moved here from his original site on the Boulevard in September 1955. Judging by the hairstyles on view and the attire, we were still in the 50's when these folks posed for their picture.
Below I have scanned it in four sections, so as to make it easier to see the faces. My hope is that some of the people pictured may recognise themselves, or may possibly be recognised by their descendants.
The overlapping is intentional, as I didn't want to miss anyone out.
COURTESY OF THE CP COLLECTION 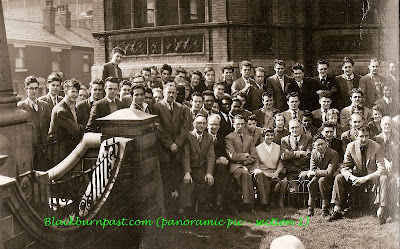 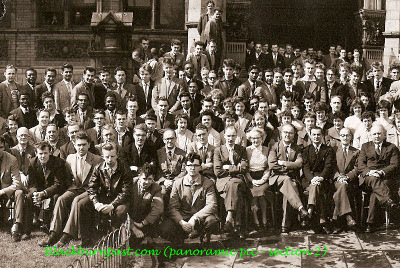 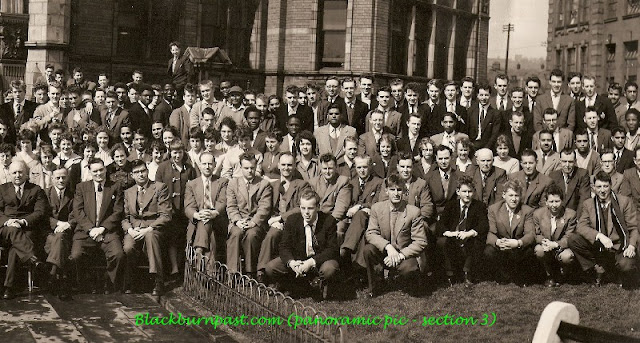 Posted by Blackburnlad at Thursday, January 26, 2012