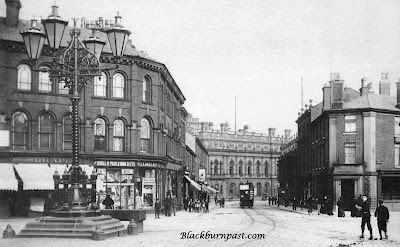 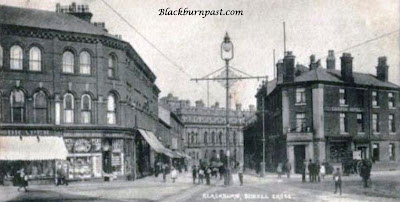 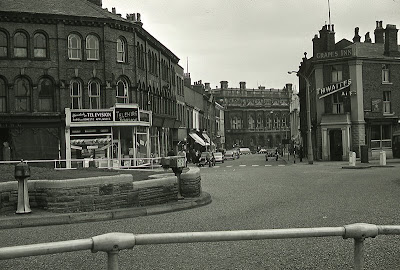 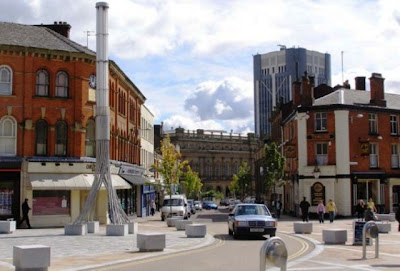 Four images of Sudell Cross viewed from approximately the same angle. The top photo dates to c1890, the second photo to c1903, the third to 1963 and the bottom one to 2009.
The lovely ornate gas lamp in the top photo, originally had four lights on brackets that pointed down, but in 1882 there was an explosion that killed one man and injured two other passers-by. The lamp was modified with the upturned brackets, as seen in the photo, but only survived until 1892 when it was replaced with a new lamp and the horse trough below it was moved to somewhere on Northgate.

Labels: COMPARE AND CONTRAST. THE OLD AND THE NEW, SUDELL CROSS