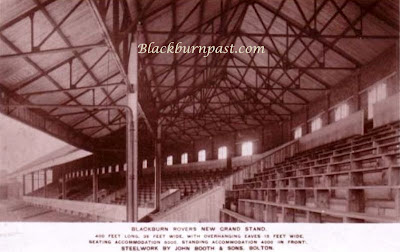 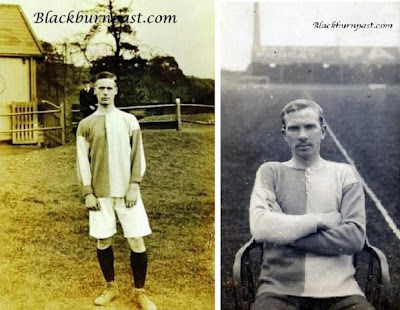 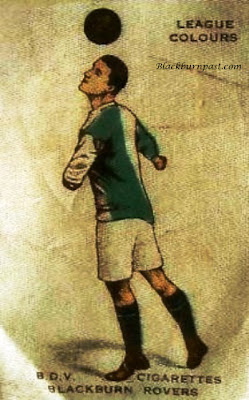 Top is an old promotional / advertising postcard from 1906, depicting the new grand stand (Nuttall Street Stand) at Ewood Park. Steelwork by John Booth & Sons of Bolton.
Below that, two players that would have been playing around the same time. The photo on the left was a postcard posted in Blackburn in 1907, but sadly I haven't been able to identify the player. The player on the right, I'm pretty sure is Eddie Latheron, who played for the Rovers between 1906 - 1917. If you know different, please let me know and I'll be happy to amend.
The cigarette 'silk' dates to the same period, perhaps a bit later, but pretty confident it would be pre- WW1.
The photo below is the same stand pictured 79 years later in 1985. I have forgotten where I sourced this photo, so if it's yours, my apologies in advance, just send me the details and I will be happy to credit you (or remove it). 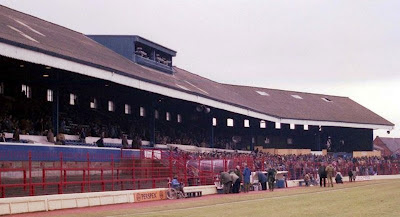 (Unknown)
The picture / card below added 30/06/2013 in response to BTS's query with regards Eddie Latherton (please see the comments below). 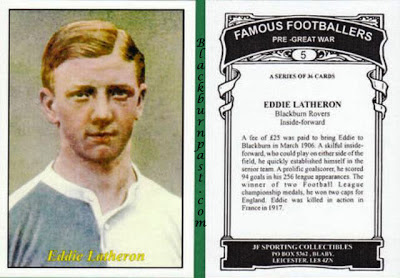 The other images courtesy of the CP collection

Posted by Blackburnlad at Thursday, August 23, 2012