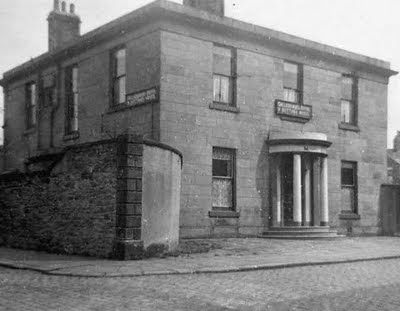 This is the Galligreaves Hotel, on Agnes Street, in the Griffin area of Blackburn. No longer a pub, it is now a creche/nursery. Before becoming a pub, it was the home of Joseph Harrison, who owned the iron foundry on Bolton Road. At one time (mid 19th century), it stood alone in its own wooded grounds, but later in the 19th century, it became hemmed in by the terraced houses, which were built on every side of it.(Please click on the photo to expand it)
PHOTO COURTESY OF COTTONTOWN & THE COMMUNITY HISTORY DEPT. BLACKBURN LIBRARY.
INFORMATION COURTESY OF GRAHAM CHADWICK
Posted by Blackburnlad at Tuesday, December 08, 2009