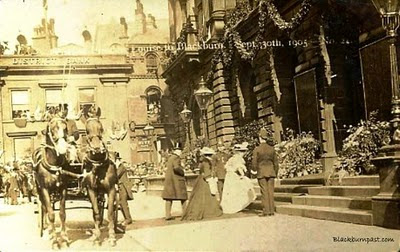 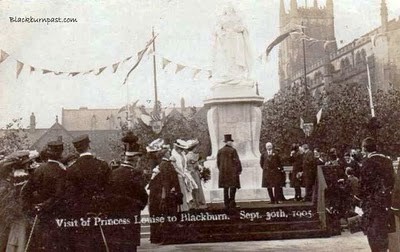 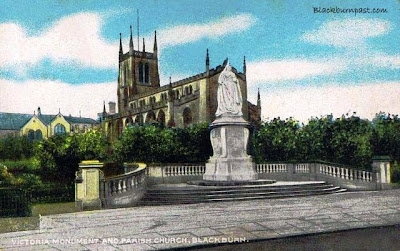 Two postcards issued to commemorate the visit of Princess Louise to Blackburn. She was here on  September 30th 1905 to unveil the statue of her late mother Queen Victoria.
The top photo shows her at the Town Hall (look at the people on the roof of the bank) and the middle photo, on the Boulevard. The bottom photo, added to compliment the other two, shows the scene a few moments later, after we had all piled into the Adelphi to celebrate, leaving Her Maj to her own devices. Even the pigeons came for a drink.
COURTESY OF THE CP COLLECTION

Posted by Blackburnlad at Thursday, January 06, 2011