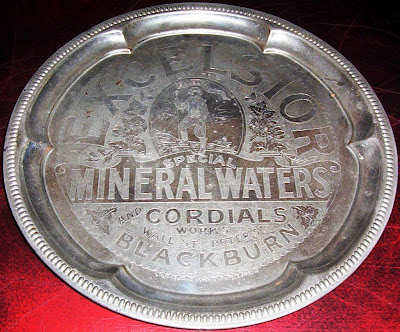 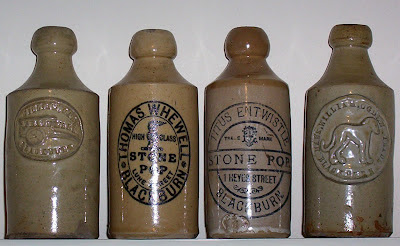 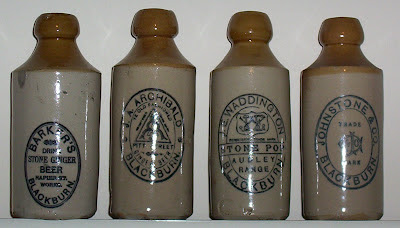 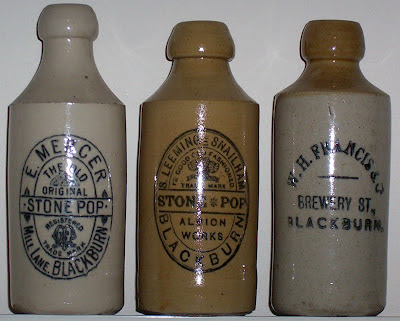 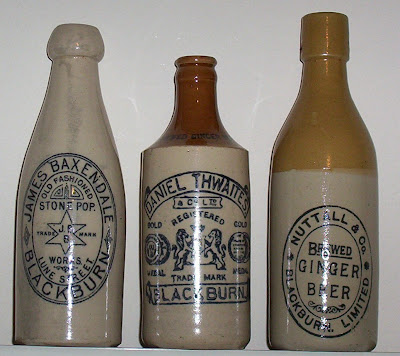 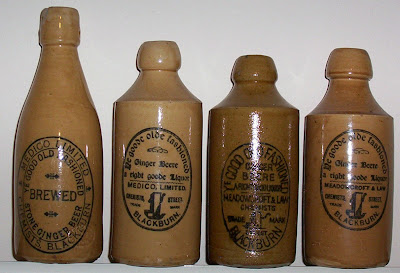 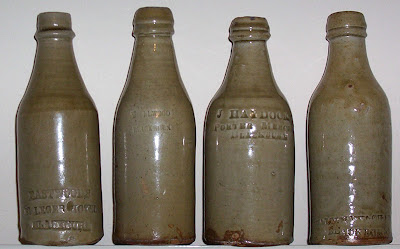 With having an interest in Blackburn's history, about 20 years ago I started collecting all kinds of artefacts from our town's past. This consisted of all kinds of items, my only criteria was that it needed to either have the word ''Blackburn'' on it somewhere or be easily identifiable with the town, ie have a name like Thwaites , Dutton's , Lion Brewery or a company like Northrop , Mullards , Foster Yate & Thom , names that were synonymous with Blackburn.
I soon started amassing quite a collection of old Victorian and Edwardian bottles, mainly glass initially (about 160+ different ones), but then found the less common stoneware ones more attractive. The majority of these would have contained Ginger Beer or Stone Pop in their day (root extracts, such as dandelion, burdock, sarsaparilla) and hop beers, or like the four in the bottom photo, porter, which was a dark, alcoholic beer.
Some of the names on the bottles were large outfits, like Meadowcroft & Law , Thwaites , Nuttall's  and Monk's, but some are from far smaller concerns like Titus Entwistle and W. H. Francis.
Many are names long forgotten in our town's history, but 100 or 150 years ago (a few of the above bottles date to the 1860's / 1870's) they would have been thriving business's.
After 15 - 20 years of buying the stoneware, I'm still adding to the collection, so if you happen to have one sitting in your attic or cellar, stored away in a box in your garage or a crate in your shed, I could be interested !
Below is a nice old photo to go with this post. The pony & trap on the right of the picture would have belonged to one of Blackburn's largest manufacturers of mineral waters. They started out as W. Meadowcroft & Son and ended up as Meadowcroft & Law, but somewhere along the line, they traded as Medico too( please see the row of bottles above the porters). This photo was taken outside the Angel Inn in Darwen town centre. 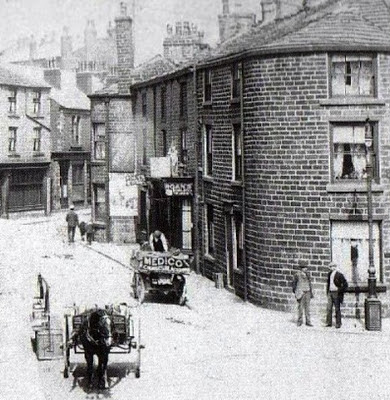 ALL COURTESY OF THE CP COLLECTION
PONY & TRAP (MEDICO) PHOTO COURTESY OF COTTONTOWN.ORG
Posted by Blackburnlad at Monday, February 27, 2012