Following on from the posts of Woodfold Hall, Feniscowles Hall and Livesey Old Hall, here are a few images of Pleasington Hall, often referred to as Pleasington New Hall, to distinguish it from Pleasington Old Hall, which still stands to this day.
Pleasington Hall was built in 1805-07 by John Francis Butler and it was occupied right through until 1914 (Sir Harry Hornby being the last to occupy the place), but sadly, as seems to be the case with many of these large mansions, it fell into disrepair over the following 18 years and was finally demolished in 1932 by Blackburn Council, after they had purchased the hall and the surrounding 170 acres of land in 1931 to use as the new public cemetery.
It took me a while to figure out just where within those 170 acres it actually stood, but after overlaying the old OS map (part of which is included here) over later maps, I came to the conclusion that it was only a stones throw from the old hall, but on the other side of the main cemetery drive. If you take a look at the coloured cemetery plan below (courtesy of BwDBC), I have drawn a rough black line in the top left corner of approximately where the ''new'' hall stood.
The top two photographs, show the front entrance, with its curved porch, which would have faced west (kind of) towards Pleasington. I have marked the porch with a red squiggle on the OS map. The third and fourth images both show the same south facing, side elevation (marked in light blue on the OS map) and the bottom photo / postcard shows the lodge, which stood down at the bottom of the cemetery drive, where the entrance gates are today. In fact they may even be the same gate posts (I'll have a look next time I'm up that way).
You can see by comparing the two halls on the OS map section, that the ''new'' hall was substantially larger than the ''old'' hall (marked with a pink dot), though not quite as grand as Woodfold Hall.
The banked gardens in the third image, with the donkey pulling the lawn mower, and fourth image, would mirror the incline of the driveway, which is still, between the gates and the duck pond, a bit of a climb today. 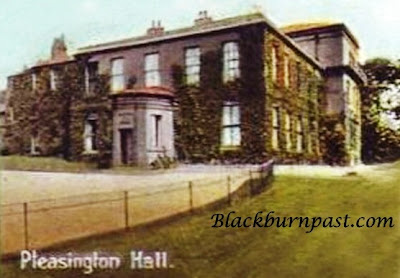 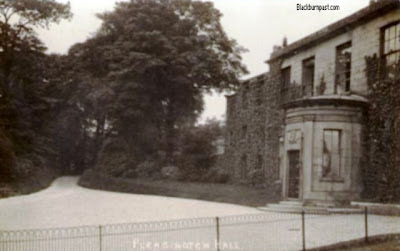 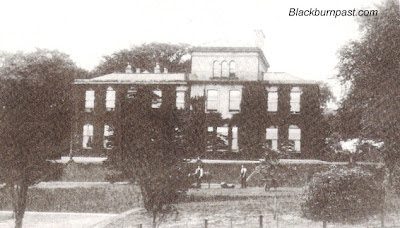 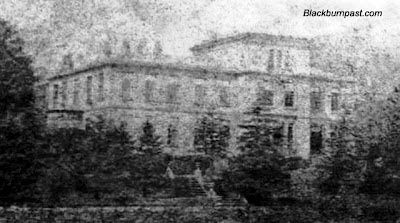 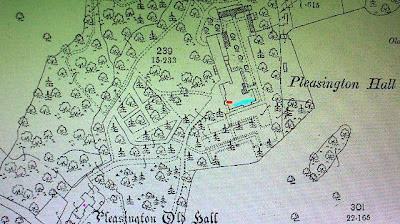 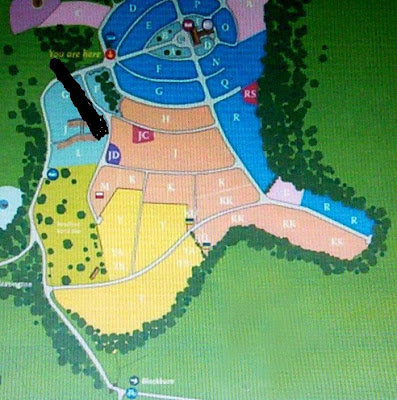 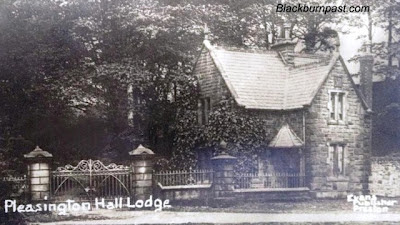 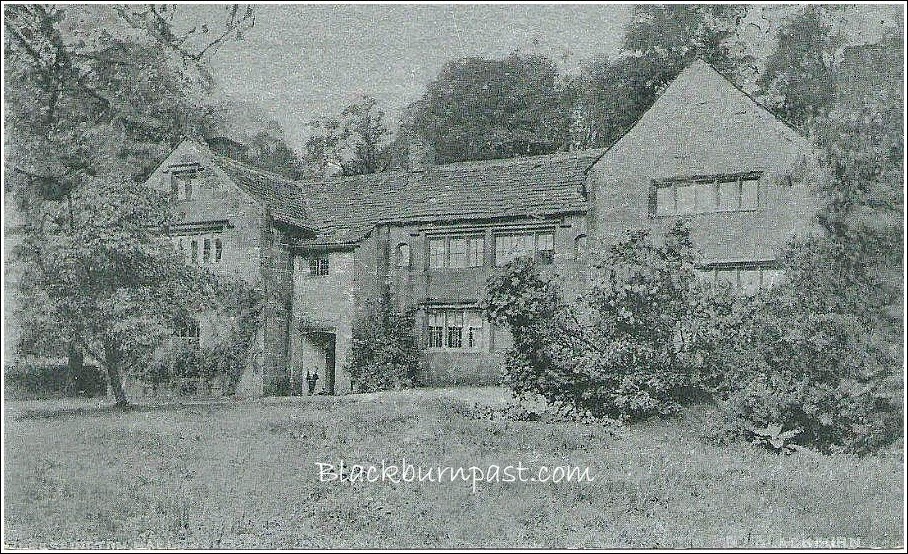