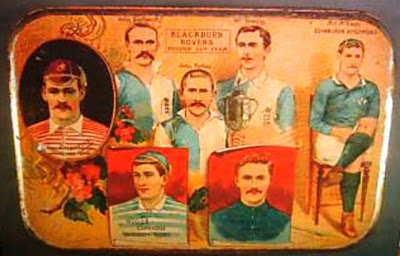 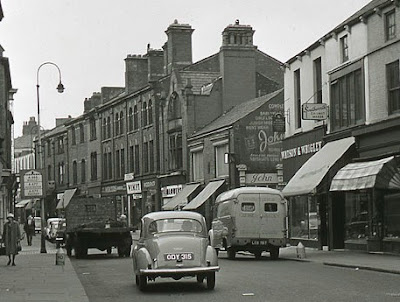 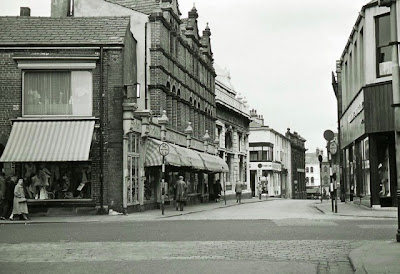 An interesting old biscuit tin lid which dates to about 1891. The middle one of the three Rovers players was none other than John Forbes (1862 -1928), who captained Rovers and led them to two FA Cup Final victories in 1890 and 1891. Unfortunately, ill health for Forbes, led him to an early retirement from his football career in 1893.
Shortly after first arriving in Blackburn (1889), from his native Scotland, Forbes had set up a gentleman's outfitters, which over the years diversified a little to sell sportswear and school wear. I think his first shop had been on the corner of Lord St & Victoria St just opposite the old market square, but when that property was demolished to make way for the Littlewoods store in the 1950's, they relocated to the shop many of us remember, on the top end of Lord St / corner of Northgate (see lower photos from the 1960's).
COURTESY OF THE INTERNET (LID) AND JOHN EDDLESTON (NORTHGATE PHOTOS).

Posted by Blackburnlad at Sunday, December 26, 2010